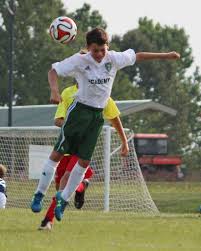 Between sprains, strains, stress fractures, shin splints and many different types of tendinitis, getting injured while playing soccer is definitely something to be worried about. Since the game is still gaining in popularity – especially in the United States – it’s not a surprise that the annual number of soccer-related injuries keeps getting higher. According to the latest studies, the total number is estimated to be almost 500,000. However, the vast majority of these injuries could be prevented if the players started paying enough attention to the following safety measures:

Unlike most other sports, soccer doesn’t help its players develop natural flexibility. Given that cold muscles are basically an accident waiting to happen, it’s important to do some stretching before practices and games, as well as during the cool-down period after playing. Special attention should be given to the hips, hamstrings and quadriceps, as those are the areas most susceptible to strains. Stretching is twice as important for youth soccer players between the ages of 10 and 13, as they do not have enough natural flexibility due to their bones growing faster than the muscles.

While the long-term effects of heading a soccer ball are not particularly clear, the short term consequences have been known for a while now: weaker mental performance and a decline in cognitive abilities. Of course, these effects are only evident after years of heading a ball; still, there are certain steps that could be taken in order to keep the risk of these injuries to a minimum. In addition to enforcing the regulations on the distance of soccer players during corner kicks and/or free kicks, the ball itself should be weight appropriate for the players’ ages. If the game is being played on a wet field, the ball should be made of nonabsorbent materials. Proper heading form is also important – the neck muscles need to be in alignment with the torso.

As we’ve mentioned before, sprains and strains are some of the most common injuries in soccer. They are also among the most preventable, especially if the player sees fit to follow a conditioning program intended for soccer. Most of these programs focus on building up quadriceps muscles and hamstrings, while at the same time helping players to learn how to jump and land with bent knees, which is a technique known to prevent a number of injuries on the soccer field. Proper conditioning is especially important for female soccer players, who are more vulnerable to dislocation of the kneecap and many non-contact injuries.

As bodies need time to heal and recover, getting enough rest between practices and/or games is of critical importance. Many chronic injuries begin as minor pains, and a lot of players don’t take them seriously enough and try to run them off. Tendonitis, stress fractures and shin splints all occur due to excessive activity, and usually turn into major problems if the player’s muscles have not completely recovered. In other words, if those aches are still present after a couple of days of rest, you should seek medical help instead of running off to play another game.

A big shout out to this fantastic car window tinting company for supporting our humble blog!